By Tom Schaefer NY4I on July 3, 2019
One could not have asked for better weather. An old standard is that ARRL Field Day is the fourth full weekend of rain in June. This year, that axiom proved false as there was not any rain in site the entire weekend. Of course, this being Florida, no rain at the tail end of June means heat—and it was HOT!

Therefore, the antenna crew got an early start on Saturday June 22, raising the beam on the tall fire tower. The location was our now familiar Field Day site, the Clearwater Fire Training Center. The participants were members of the Clearwater ARS, the St. Petersburg ARC and the Upper Pinellas ARC.

With the beam installed, next came the sloper, also installed from the tall tower. Rich AA2MF and crew installed a sloper, complete with auto-tuner, for all-band use. On the other fire tower, Rich and team also installed another sloper. You can see the tall tower with the beam in the background of the picture below. An off-center fed dipole completed the HF antenna array. With the outside work completed for antennas, the attention could be turned to the inside operating theater. Something we have learned is that while operating Field Day in tents and open-air pavilions has a certain nostalgic element, dealing with the heat and bug limits the number of participants. Therefore, to encourage participation of all club members, we setup the stations inside, making operating a bit more comfortable.

For the radios, we used two Elecraft K3 transceivers and a Kenwood TS590SG. One K3 was dedicated to CW and the other two radios were used on SSB and FT8. Computer logging was done with TR4W networked together sending data to the Raspberry Pi Display on the big screen.

As usual, the team ate well. All meals are provided by group. Led by Dave KG4CNG’s pulled pork and Kevin manning the grill. Covered dishes provided by the attendees rounded out the feast. 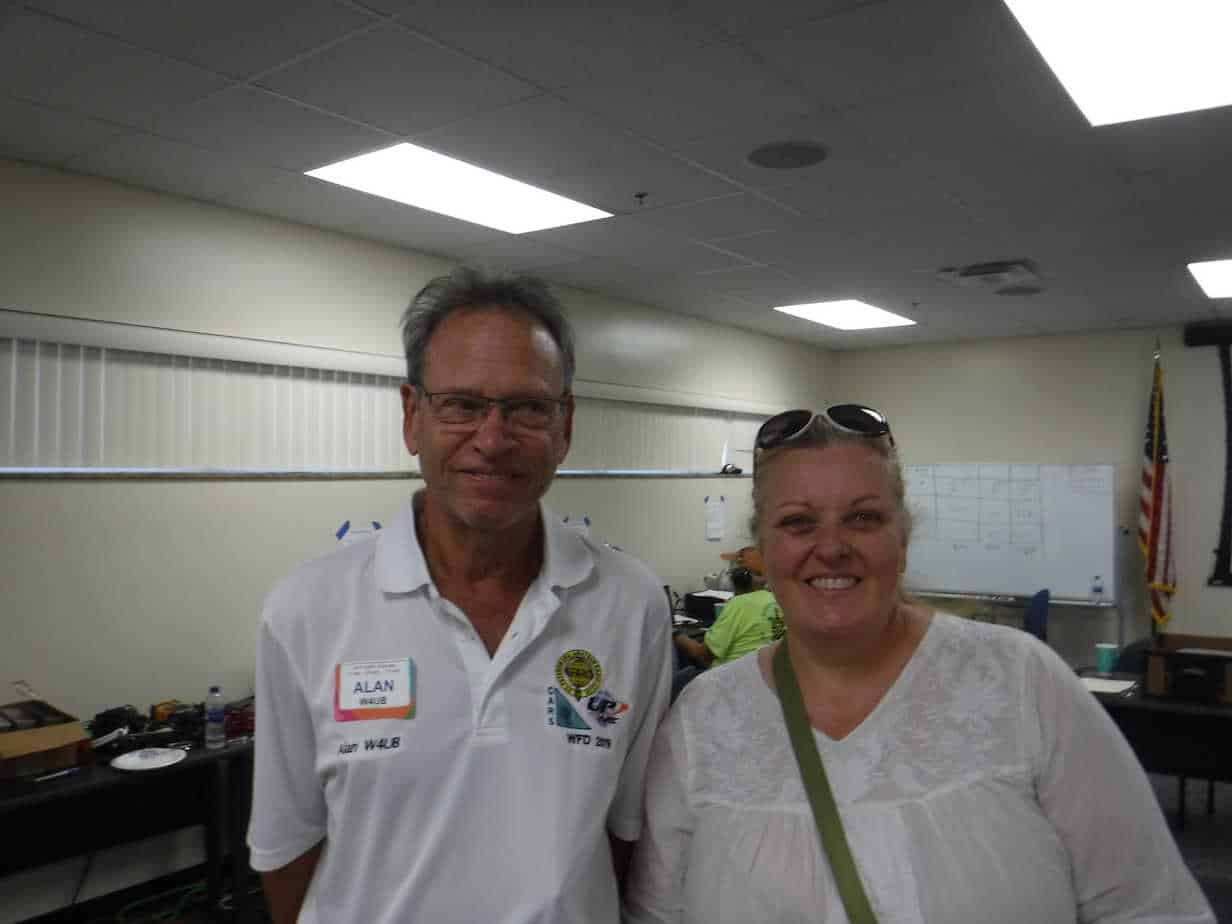 Part of Field Day is bonus points. We picked up quite a few of those. We had all emergency power, a sign-in table, Add lots of pictures.

Tom NY4I made use of his Icom 9700 and satellite beam to work W4MLB in south Florida on the CAS-4B satellite. Gerry WR6N was turning the antenna on that pass. This was the fifth attempt with Tom and Paul KA4IOX making attempts all throughout the early morning hours.

So how did we do?

The group made a similar number of contacts as last year. This year there were 1,077 QSOs with a just bit more than half in SSB contacts (611). Last year, we did 1171 QSOs. That difference is just about the number of 6m contacts last year due to better band conditions. So all in all, we made about the same number of QSOs. Bonus points were about the same too as we achieved our major goals of the W1AW bulletin, satellite contact and solar power contacts. This year we did NOT have an elected official but we did add an educational session thanks to Pat AA0O.
We had 28 hams making contacts this year as compared to 24 last year so participation continues to grow. We contest scoring stats can be found in our SH5 score analyzer here.

Events like this do NOT just happen. Field Day requires an immense amount of planning and thought. The Field Day planning committee met no fewer than 8 times on a conference bridge along with many other sessions such as the dry-run, coax cable installation and one-on-one phone calls. Alan W4UB, club president of UPARC, led the team this year with assistance from the following:

While the members are listed from their respective clubs (although many of us belong to two or all three), it is important to know this is a joint effort and the greater group becomes paramount versus the individual clubs. Again, thanks to everyone that made this a success.

I have been licensed since 1980. I am one of the co-founders of UPARC and am active in helping out the club where I can. I am on the repeater committee as well as part of the web team. I live in Madeira Beach and work some DX, do a bit of contesting and also satellite work.