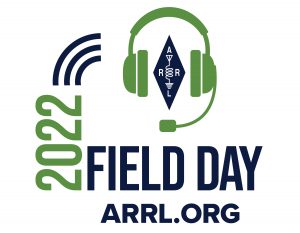 This year’s ARRL Summer Field Day was an outstanding success for the UPARC and CARS clubs! We want to first thank all of the participants who came out to the event and also to give special thanks to those who helped organize, setup, tear down and support the attendees with food and drink. We could not have had such a great event without all of the efforts of everyone who supported.

There were a lot of highlights and some disappointments for this year’s event. The main disappointment was that band conditions were pretty awful during the event. We operated for 24 hours and achieved 522 logged QSOs (preliminary results) which was an outstanding effort considering the conditions but far fewer than previous Field Days. Thanks to all who soldiered on despite the poor band conditions and still helped us achieve an impressive number of contacts.

The event took place at the Clearwater Fire Training Center on Belcher Road on June 25-26.

The outdoor setup team erected a 6 Band Hex Beam, a 132’ EFHW and a 132’ OCF wire dipole on the tall fire tower and a 66’ EFHW wire with 80m coil, a 6 meter two element (for 50MHz) and a Diamond X50A UHF/VHF antenna for local communications on the short fire tower. The indoor setup team got the two Elecraft K3s, one Elecraft K4 and an ICOM 7600 setup with the new patch panel (masterfully created by Ryan Rager KO4KGP). An outside station for satellite contacts was setup with an ICOM 9700. The setups were optimized to give flexibility to support multiple SSB voice, CW and FT8 digital operations.

Speaking of satellite contacts, special congratulations goes out to Tom Schaefer NY4I who made a successful satellite pass contact using Morse code! To make it even more impressive, Tom memorized the entire contact and wrote it all down in one shot after the exciting process was completed!

One highlight of this year’s event was our Saturday Youth and Visitor education and our Sunday Ham training sessions which featured “hands on” training on how to use an antenna analyzer on an actual Field Day antenna. The Visitor and Youth program had 26 attendees while our Ham training session had 7 licensed Ham attendees. Fred Botero W2SUB organized and led both training events.

It was amazing to see all of the interest and excitement coupled with the perceptive questions asked by the youth attendees which included a contingent from UPARC member Joshua Luria’s KO4VVX Boy Scout troop. The youths seemed fascinated by the idea of satellite contacts, the visual appeal of the Geochron display, the concept of using slingshots to place a wire antenna in a tree and all of the awards available to Hams (probably akin to their merit badges).

As stated before, we operated 24 hours straight through the night and achieved contacts on SSB voice, CW Morse code, FT8 digital and satellite. Many attendees got to hone their skills on Field Day communications exchanges and practice using equipment and antennas which were much different than their home stations. We had a lot of fun with some friendly competition between Jason Esterline N4BOZ and Gerry Pollack WR6N going for top operator honors. Efforts were made to get everyone who was present to get on the air and make some contacts. Several of the more experienced operators did a great job roping in the bystanders and coaching them on how to make an actual Field Day contact.

Overall, I believe everyone learned a lot and enjoyed this annual event. Thanks again to all who helped make this successful and we hope that all will continue to attend and support future Summer and Winter Field Day events along with all of our other club activities.

If you took pictures in the article, please let Jack N4KIN know so he can update the page and give you credit!