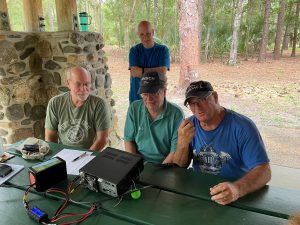 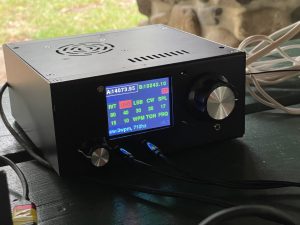 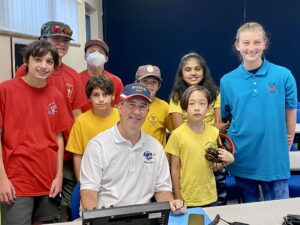 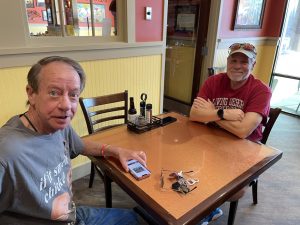 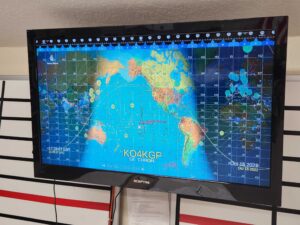 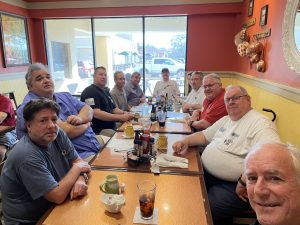 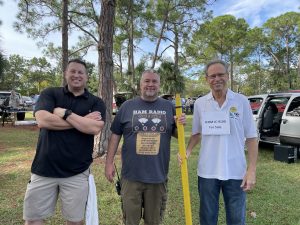 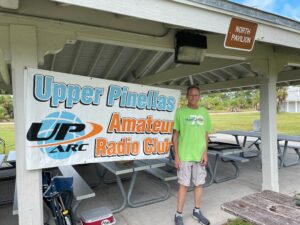 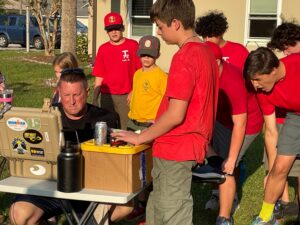 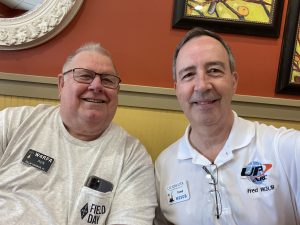 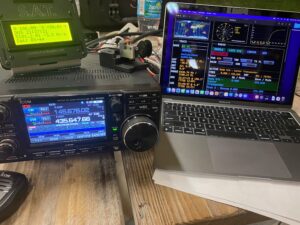 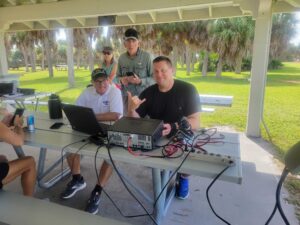 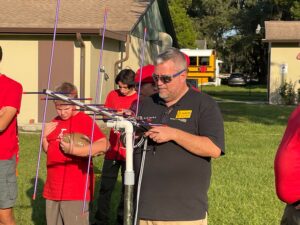 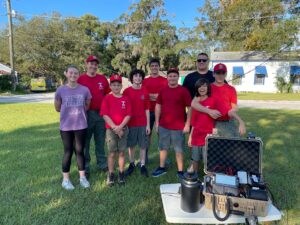 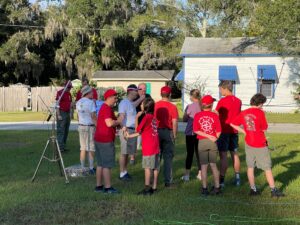 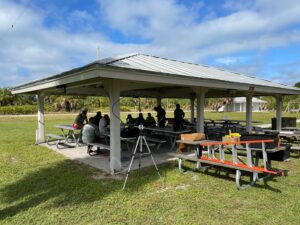 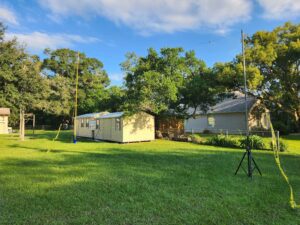 On May 21st, The Upper Pinellas Amateur Radio Club held one of its UPARC in the Park events. UPARC in the Park is a mini-field day where we setup 1-2 radios, antennas and have some outdoor radio fun for a few hours. All radios used battery power at this event.

The event had two operating positions. Dee W4DCH brought his Icom 7300 to use for phone contacts. A 20Ah battery was used for power.

Morris K7LSV was doing FT8 on his uBITX v6 QRP rig with a mag loop antenna and at one point he did it under Tesla power! 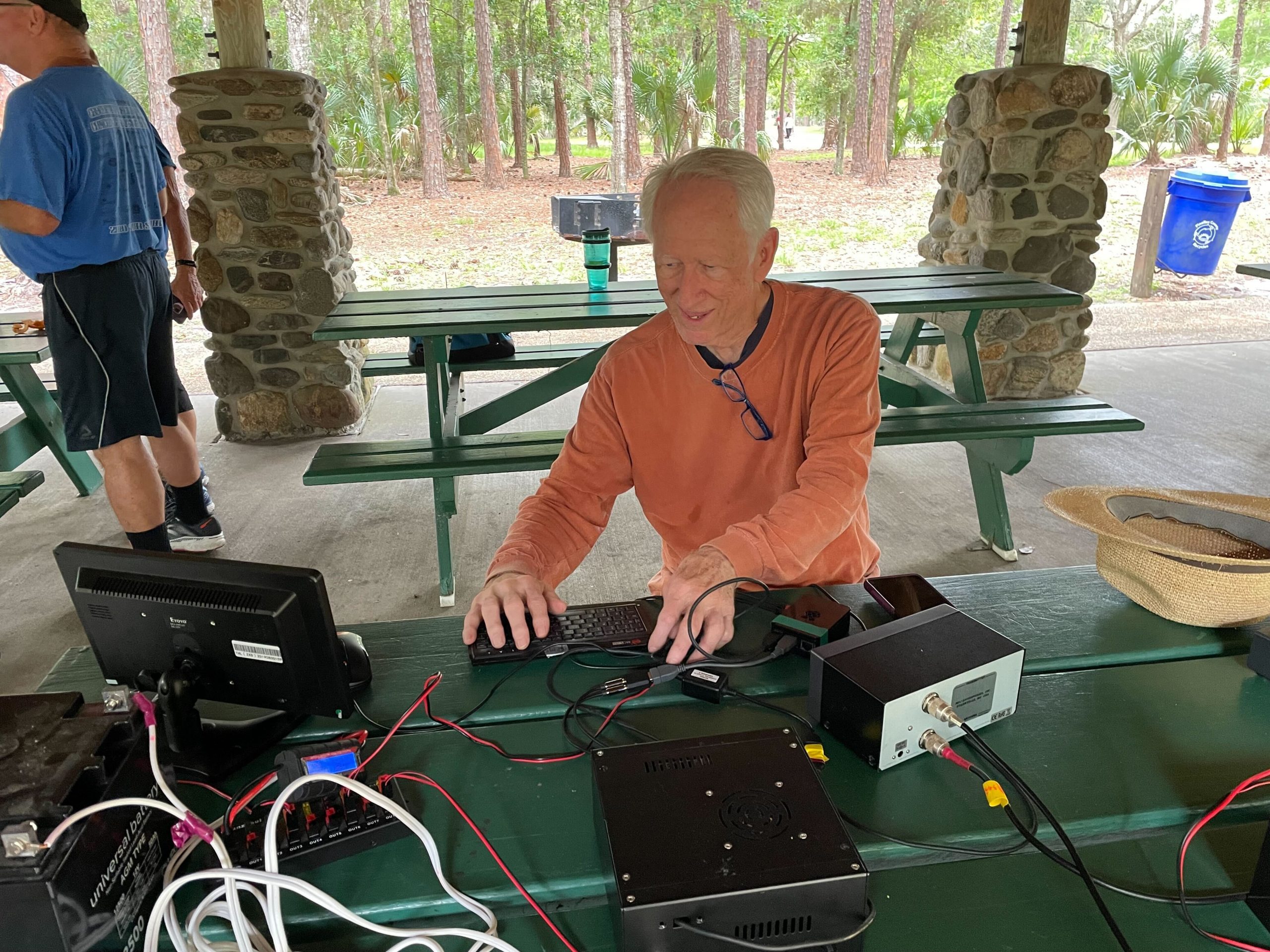 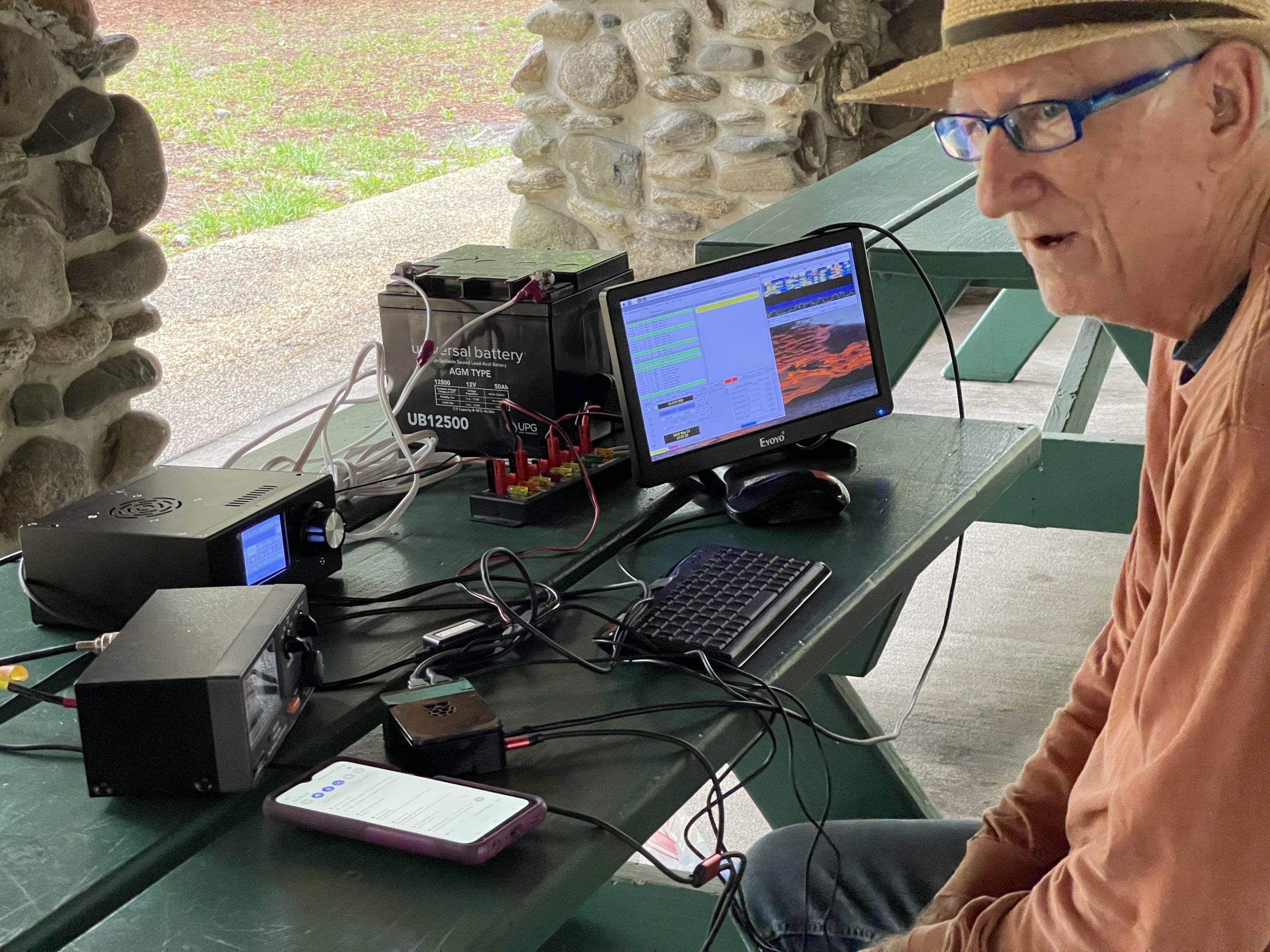 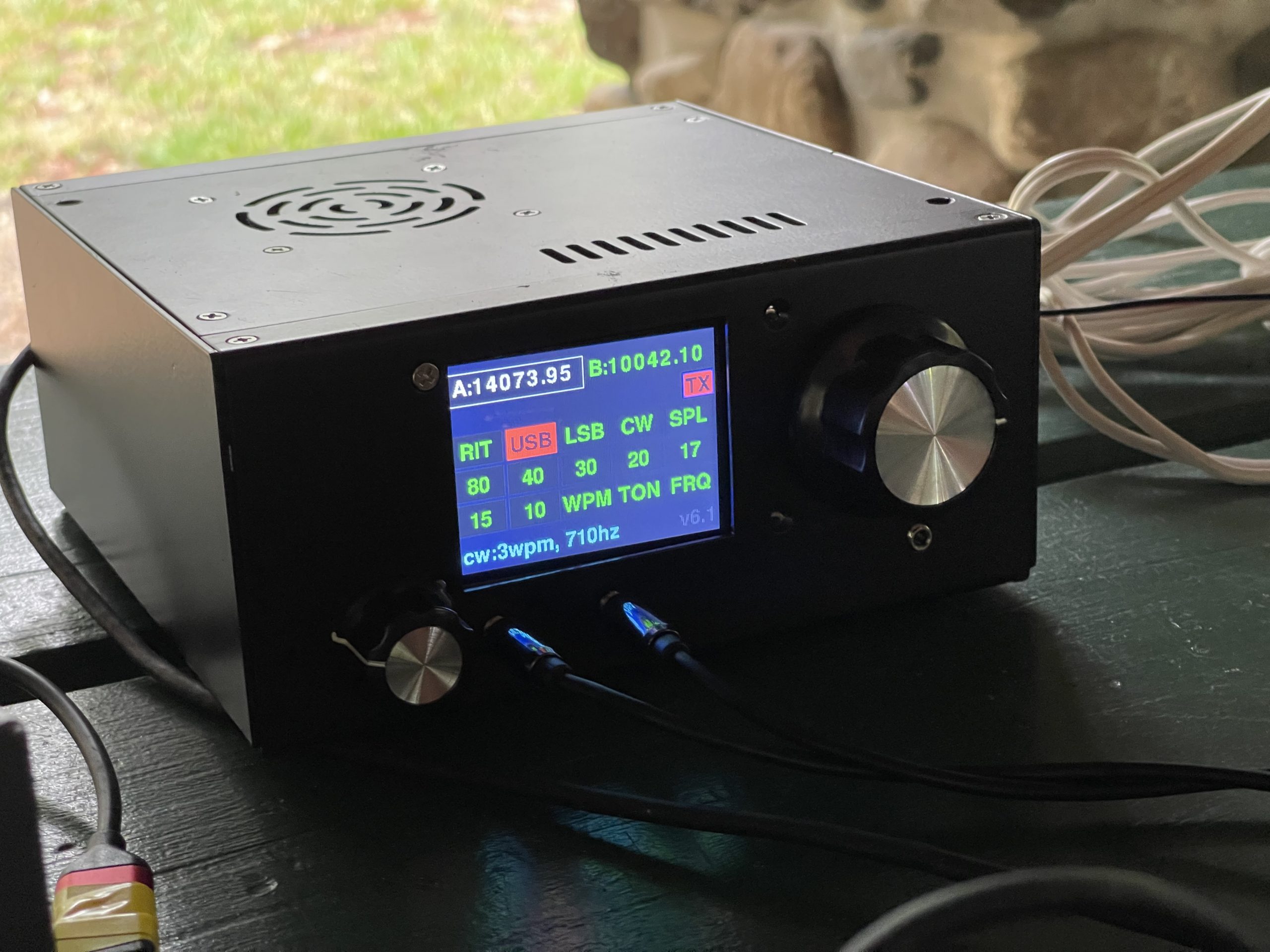 Alan W4UB had hoped to run two different antennas. Unfortunately the SWR on one them was not respecting his “Band Boss” authority and could not be used. Dee W4DCH however got a lot of practice shooting paracord into trees!

The phone position used an End-Fed antenna to get the signal out.

The event had two visitors. One was a ham (apologies that I do not remember his name/call) who stopped by for a face-to-face QSO for a few minutes. The other wondered what this amateur radio thing was all about.

Finally we don’t want to forget about Ryan KO4KGP. He helped with setup but eventually had to leave to pickup his XYL from the airport.

He did however feel it was important we knew that he brought next to nothing to the event. The author believes this photo was probably Photoshop’d prior to appearing in Slack.

Ryan believes in being prepared. If you ask him to help install an antenna mast he’ll normally arrive with enough gear in his SUV to build a complete ham shack building!

In the end we had fun and made some contacts. That’s what it’s all about! Hope to see you at the next UPARC in the Park!

NOTE: To the member listed as UNKNOWN, please email webmaster@nulluparc.org with your name a call sign and I will update the article. Apologies to both men whose names and call I failed to recall. 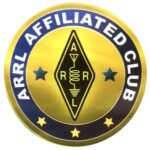